Is This Seat Taken? Conversations at the Bar, the Bench and the Academy about the South African Constitution 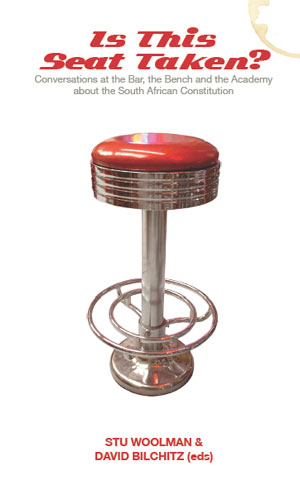 Is This Seat Taken? Conversations at the Bar, the Bench and the Academy about the South African Constitution
Edited by Stu Woolman and David Bilchitz
2012

Now that economic development is starting to pick up in many countries in Africa, the question arises how such development can be balanced with the need for adequate environmental protection. This crucial issue, inherent in the notion of sustainable development, is addressed in this innovative and path-breaking volume. For the first time, academics from seventeen African countries have joined forces to analyse the way in which economic and environmental interests are balanced in their legal systems. The authors all use a common framework to improve the comparability of the country studies. The different country-related chapters do not only provide insights into the formally applicable legal rules (law in the books)., but given that the book brings together academics aware of the practice in Africa, they also describe the way in which environmental policy functions in practice (law in action). Many case studies, with conceptual analyses are provided of pollution incidents and the way in which administrative agencies or courts have on those occasions balanced the interests between the economy, society and the environment. A critical comparative analysis by the editors points at tendencies towards convergence and points of divergence between the African countries. Suggestions for policy reform are also formulated, showing African countries how they can benefit from experiences in the US and Europe.

This thought provoking volume is a must for anyone (academic, policymaker or practitioner) interested in sustainable development generally and in Africa in particular.