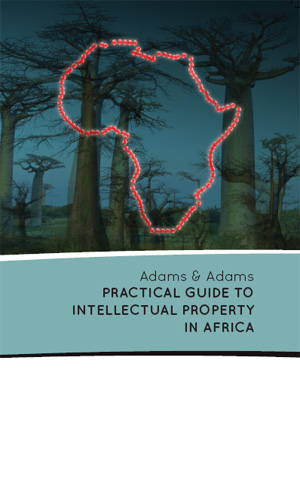 The compilation of a comprehensive guide to Intellectual Property Laws and Procedures in Africa has long been a goal for academics and practitionersalike. Over the years this encouraged Adams & Adams to produce handbooks on aspects of the intellectual property laws and procedures in Africa, on a fairly limited scale. However, the rapid development on boththe economic and legislative fronts in Africa over the past 10 years prompted us to consider a more detailed publication. This has now been made possible through generous funding by the World Bank, facilitated by the University of Pretoria through the Faculty of Law and the Pretoria University Legal Press.

Some 12 years ago, The Economist Magazine labelled Africa ‘the hopeless continent’ but rather than shrivel, the continent has experienced one of the fastest economic growth rates in the world. In a recent World Bank report, it was estimated that Foreign Direct Investment in Africa will reach US $150 billion in 2012, up from US $84 billion in 2010. Investors are taking a long term view of the prospects in Africa and investing heavily in infrastructure projects on the continent.

Africa is vast, covering in excess of 30 million square kilometres which would accommodate India, USA, Argentina, China and Western Europe including the British Isles. Africa has the world’s fastest growing population which is likely to top 1 billion within the next five years and can provide a significant share of the world’s future workers. By contrast, in many countries there has been a decline in people of a working age. A number of African countries are urbanising at a rapid rate which is creating significant demand for infrastructure, goods and services. The continent is rapidly emerging as a market driven by commodity and oil prices, stable macroeconomic environments, investments from large emerging markets as well as rising internal consumer spending. In addition to the size of the continent, Africa has a large percentage of available arable land and has the potential to develop agricultural resources. The Economist Magazine has forecast that the bulk of the top 10 fastest growing economies in the world over the next five years will emerge from Africa.

Challenges undoubtedly still remain, particularly on the political front. Nevertheless, with a few notable exceptions, most African economies have recorded solid improvements across all the economic, political and social indicators. Developing local laws, protecting the environment, respecting human rights and supporting local entrepreneurs will be central to the continued growth of business in Africa. Crucial to economic development and investment is a need for African countries to make significant improvements on the legislative front to bring themselves in line with developing and developed nations. Failure to develop local legislation has a profound effect on the prospects of sustained investment. In particular on the intellectual property front, there have been significant improvements in many African territories and thus we believe that it was opportune to highlight the various African Intellectual Property Laws in a consolidated compendium for a better understanding of what is required in order to protect intellectual property rights in Africa.

Despite the legislative developments in most African territories, there are still difficulties in accessing detailed information relating to intellectual property in Africa, which is often as a result of antiquated laws, systems and procedures in some countries and territories. Accordingly, the accuracy of the information in the manual is subject to the constraints of current laws and procedures. In those instances where laws and procedures are possibly incomplete and/or antiquated, our comments are based on practical experience gathered over many years of working in Africa.

Adams & Adams is spending significant time and effort in developing IP law in Africa by assisting Ministries and Registries throughout Africa in developing their laws and procedures, and at the same time working closely with African lawyers throughout the continent. In addition to handling IP cases on a regular basis in all 54 African countries and territories, we have established associated offices in a number of countries and in the two regional IP organisations, ARIPO and OAPI. Plans to establish further
associated offices in East, Central and West Africa are at an advanced stage

We believe and hope that this book will assist in understanding how the various IP laws in Africa operate and afford intellectual property owners the opportunity of successfully protecting their rights.

As with other projects like this one, I was proud to observe the dedication and thoroughness which our partners and colleagues put into the production of the book. It was no easy task to obtain, translate, collate and compile the IP laws of 54 different countries and territories.

Once again, all this occurred under the eagle eye of our Editor and Senior Consultant, Prof Esmé du Plessis. She kept matters under tight control and did a vast amount of writing, correcting and conforming of the drafts. We at Adams & Adams thank the entire team for their hard work and commitment and for putting our name to such a work.

My own belief is that their efforts have resulted in a unique publication which will be used by many who are looking at the opportunities for investment in Africa. Perhaps our colleagues’ efforts will contribute in some way to the development of the continent for the benefit of all. We hope so.