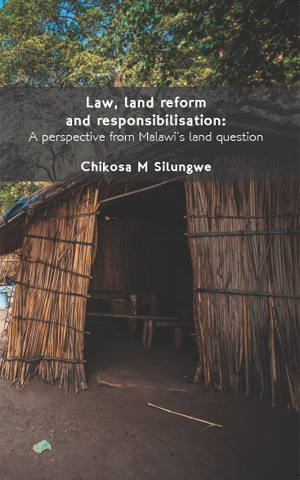 The book is a critical, genealogical analysis of land questions in the South through an original analysis of the Malawi experience. Through the author’s experience in land reform and subsequent advanced research in the area, the book notes that land reform discourse is dominated by an ethos based on market as value which, in turn, has cemented the ubiquity of a universal, automatic transition from land reform to land law reform in tackling a land question in a country. Using a Foucauldian–based theory of governmentality and responsibilisation, the book provides a reassessment of the norms in land reform discourse and argues for the conception of a right to property in land as a social relation. The book reveals the parochial interests of global capital, local elites and even the land-deprived that underpin a land question. The lack of synergy between law and policy leads to the consistent emergence of two ‘beings’: first, a responsibilised citizen in the mould of the land deprived who constitutes a source of cheap, wage labour for the large estate agriculture sector; and second, a land owner as the efficient producer at the centre of the large estate agriculture sector. The book then proposes an alternative norm in land reform discourse based on a responsibilised State.